-It is possible that all languages share a common origin
-Whether or not this is true, there were far fewer languages in the beginning of humanity
-Tribes would break into separate groups in search of new land to live on
-Isolated populations then developed in different ways, including in the department of language
-3000 to 8000 languages in the world, depending on who you ask
-Sometimes dialects of the same language are so different that they may be unintelligible to other         speakers of the same language

-12 tenses in English
-Simple past/present/future
-Every ensuing combination of these simple tenses as progressive, perfect, and perfect progressive
-The idea of past/present/future does not exist in every language
-Sometimes the past is divided into tenses based on how long ago someone is referring to (days, weeks, years, ect.)
-Mandarin has no tenses and is based solely on aspect
-Some tenses are based on mood (such as the urgency, necessity, or probability of an event)

Are tenses...
-Different ways of describing the same "fundamental reality"
-Reflection of diff. ways of thinking about the world and time 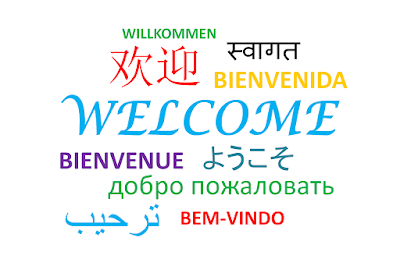 How many languages can you identify? Source: Pixabay